Are you interested in Cobra Spirit Animal? Then this guide is for you!

The cobra spirit animal is one of the most active spirit guides. When this totem animal finds you, it wants you to become active, as well.

The cobra spirit animal locates you to guide you in the right direction. It will give you the wisdom you need to achieve your goals and dreams.

This spirit guide is keen to draw attention to your skills and abilities. By embracing the spirit of the cobra, you become more courageous and self-confident.

The best time to call for help from the cobra spirit is when you need the inspiration to overcome life’s challenges.

If you feel that you have been working hard with little to show for it, reach out to the cobra totem animal for support.

This spirit guide will step in and help you to see your life in its right perspective. You’ll receive the strength and wisdom you need to make your life so much better. 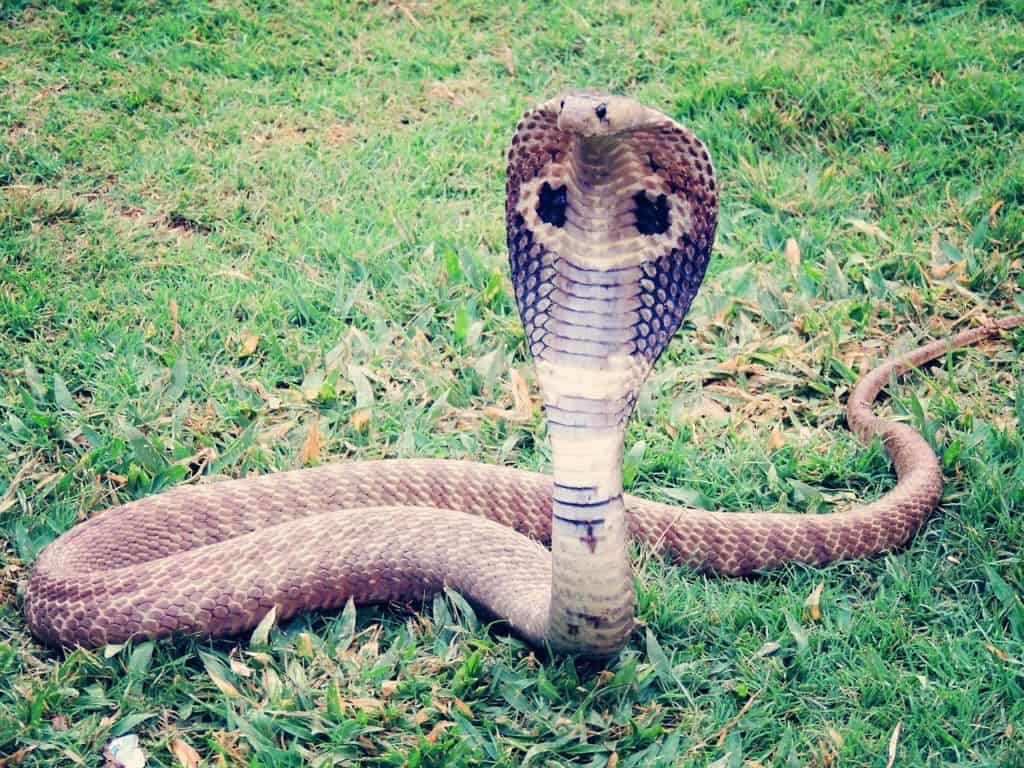 What’s the Symbolic Meaning of the Cobra Animal Totem?

Cobras become extremely aggressive when their eggs or young ones are threatened. By coming into your life, the cobra animal totem asks you to stand up for your loved ones.

Be responsible enough to provide for them their physical and emotional needs.

Symbol of Courage and Self-reliance

Cobras have a strong character and they are willing to stand for themselves. They create such a strong aura that most people would not want to mess with them.

When this spirit guide slides into your life, it’s asking you not to take anything for granted. Be courageous enough to deal with your issues.

Avoid being over-reliant on others. Just like the cobra likes being alone, you should value your independence.

Cobras are some of the fastest snakes on the planet. They strike with lightning speed, and they rarely miss a target.

The cobra spirit animal is asking you to act promptly in dealing with your challenges. This snake asks you to avoid procrastination.

Be alert about what’s happening in your environment, and take the right action at the right time.

Symbol of Royalty and Power

The cobra is as unique as it is mysterious. It has an allure that draws people to its power and majesty. People that handle this snake often appear dark and mystical.

They are as motivating as they are intriguing.

The pharaohs of ancient Egypt wore crowns adorned with a cobra image to indicate their power and majesty as the supreme rulers of the land.

In modern culture, people wear cobra tattoos and amulets for protection and as a sign of power.

Cobras react swiftly when they feel threatened. They quickly take an upright position and adopt a striking pose.

Also, they enlarge their heads to make a hood, giving them a more threatening look. If this does not deter the potential attacker, they will strike swift and sure.

Your cobra spirit animal is teaching you to be decisive. Whenever you encounter a problem, think fast to solve it in the best way possible.

Symbolism of the Cobra in Christian Culture

The Bible records that from the very beginning, the snake has been close to the affairs of humans.

When God created the first man and woman, the Devil or Satan appeared in the form of a snake and led them astray.

The fact that this snake could stand and chat with Eve, the first woman, might as well suggest that this was a cobra.

Being referred to as ‘a snake’ or ‘a serpent’ in the Bible indicated that one had sinned and made a pact with the devil.

In the Old Testament, the snake is alluded to as having some healing powers.

When the Children of Israel rebelled against God on their way to the Promised Land, God punished them with disease and pestilence.

They cried out to Moses, their leader, for healing and redemption. God asked Moses to put a snake on a pole so that anyone who looked at it could get healed and receive redemption.

Again, the image of the erect snake is thought to signify a standing cobra.

The Bible also tells Christians to cast aside their old selves – just like a snake casts aside its old skin. This indicates leaving your old ways to embrace Jesus Christ.

So; although the snake is blamed for the fall of humans, it is also a sign of their salvation.

Symbolism of the Cobra in African Culture

In most African cultures, snakes were deemed to be massagers from the underworld.

As such, they were not welcome in most people’s homes, as they would only bring pain, suffering, and death.

But two cultures stand out in their reverence of the king cobra. In ancient Egypt, cobras were revered as a sign of power and royalty.

Indeed, the pharaoh’s crown was adorned with an image of the cobra.

The people believed that cobras have strong spiritual powers. If anyone threatened the pharaoh, they would be struck down by these mysterious powers.

Ancient Egyptians believed that cobras were special messengers of Amon-Ra, the sun god. They had been sent to secure the throne of the pharaoh.

It was a crime in ancient Egypt to kill a cobra.

The Luo tribe of East Africa worshiped a mysterious king cobra snake that was believed to be a cousin to the python Omieri.

They believed that both snakes lived near or in Lake Victoria, and their presence was signaled by the rising waves.

Whenever calamities struck the land, sacrifices of live animals would be offered to Omieri. The King Cobra would be fed small mammals and rodents.

It was believed that the python would work with King Cobra to provide people with the guidance they needed to overcome their hardships. 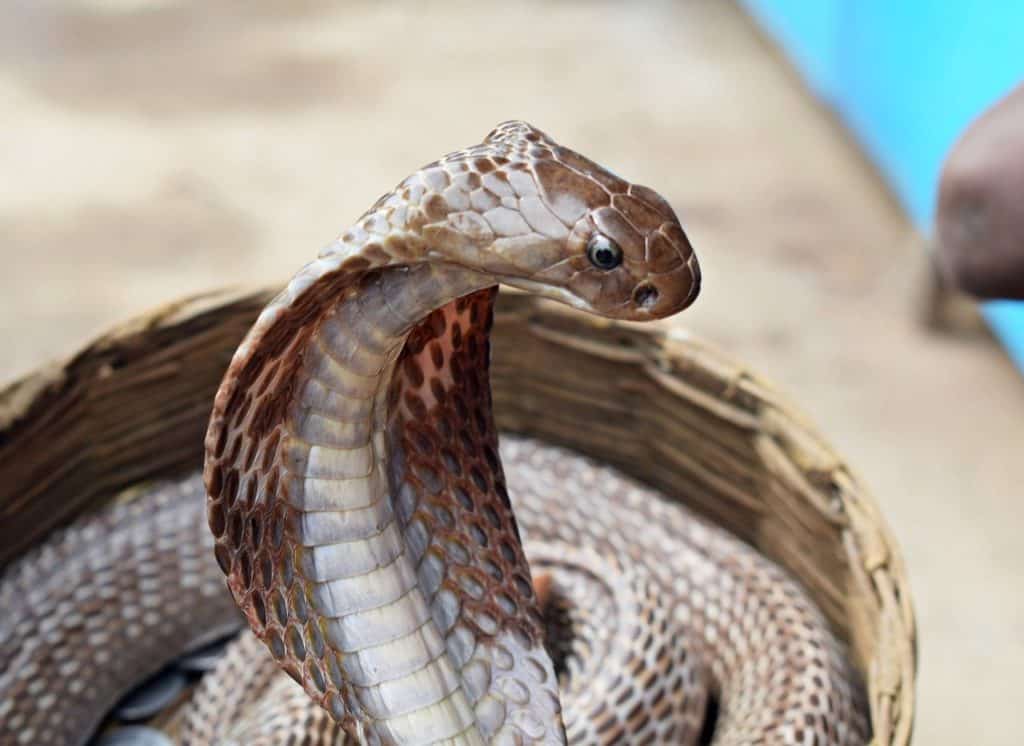 Symbolism of the Cobra in Eastern Culture

In most Eastern Cultures, cobras are as feared as they are respected. In Buddhist and Hindu cultures, venomous cobras are kept for religious rituals.

Some sects of Buddhism believe that Gautama Buddha was protected by a spitting cobra on his spiritual journeys.

In India, this snake is associated with some of the most powerful deities such as Vishnu, Shiva, and Mansa Devi.

Hindus believe that the cobra is immortal. They worship it as an embodiment of the god of creation and destruction.

This snake plays a central role in the prayers for the dead. Worshippers appeal to the cobra spirit animal so that the deceased can reincarnate in a better state.

In India, an annual festival is held to recognize and appreciate the significance of King Cobra. This is the Nag Panchami festival, done to appease the spirit of the cobra.

Snake charmers are found all over Eastern and Southern Asia. They use their flutes to charm cobras into a swaying dance.

What’s the Meaning of the Cobra Spirit Animal?

The cobra spirit animal comes into your life to lead you on the path to growth and progress. This totem animal signifies mysterious knowledge, fortune, longevity, and great protection.

You should not take the presence of this spirit guide for granted. Cobras are known for being aggressive when they feel slighted or threatened.

Embracing this spirit guide will teach you several things. For example, it tells you never to give up. Be persistent in pursuing your goals and dreams.

Learn from the aggressiveness of cobra to show determination and purpose in life.

People with the cobra spirit animal are ambitious. They keep pushing even when the going seems impossible.

The cobra people are keen to protect their turf. When this spirit guide slides into your life, don’t allow anyone to trample on you.

You should be ready to defend yourself and your loved ones against internal and external aggressors.

What’s the Meaning of Cobra Dreams?

Dreams about cobras can have positive or negative connotations. It all depends on the details of the dream, and your feelings when the dream is taking place.

Dreaming that you are a snake charmer and that a cobra is swaying to your music has sexual suggestions.

It indicates that you feel a sexual urge towards someone in your environment. This suggests that you should use your creativity to woo the object of your desires.

If you dream of a cobra wrapping itself around your waist, it means that you feel besieged by troubles and hardships.

This dream suggests that this is a good time to call on the cobra spirit animal for support. The cobra totem animal will guide you on the best ways to solve your challenges.

Seeing two cobras mating in your dream means that your plans will come to fruition. In this dream, your cobra spirit guide is urging you to put more effort into actualizing your goals and dreams.

To dream of killing a cobra means trouble. It means that someone is working behind the scenes to subvert your efforts.

Through this dream, your cobra spirit guide is asking you to open your spiritual eyes, and to remain vigilant.

The mere thought of a dangerous and poisonous snake such as the cobra can send a chill down your spine.

It can even leave you feeling more distraught if you dreamt of encountering one.

However; as strange as it may sound, the cobra does not always stand for something sinister. Some of the most illuminating dreams come from the cobra spirit animal.

This spirit guide stands for strength, determination, and freedom. It teaches you to act decisively with the end goal in mind.

When the cobra spirit animal makes its presence known, it’s asking you to be alert about your surroundings.

You need to take care that you don’t find yourself engulfed by toxic people and situations. 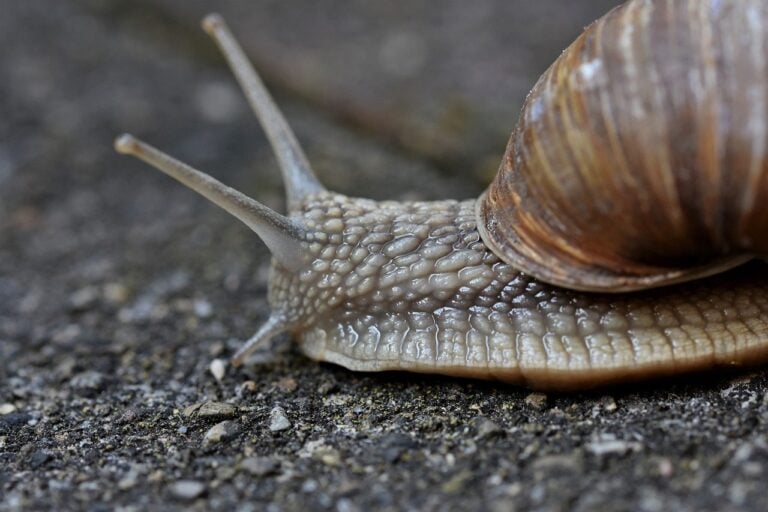 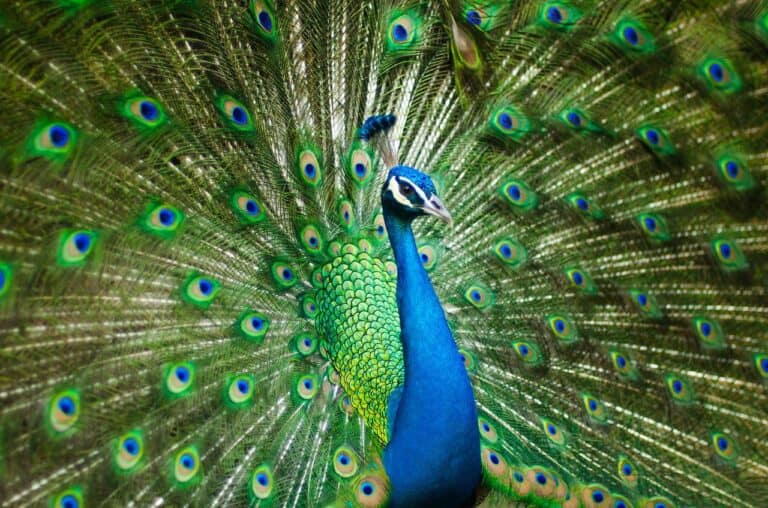 Are you interested in the Peacock Spirit Animal? Then this guide is for you! Peacocks are symbols of integrity, honor, dignity, royalty, and re-birth. In some cultures, these magnificent birds are taken to mean pride and vanity. The peacock spiritual meaning applies to just about anyone on the surface of the earth. It relates to… 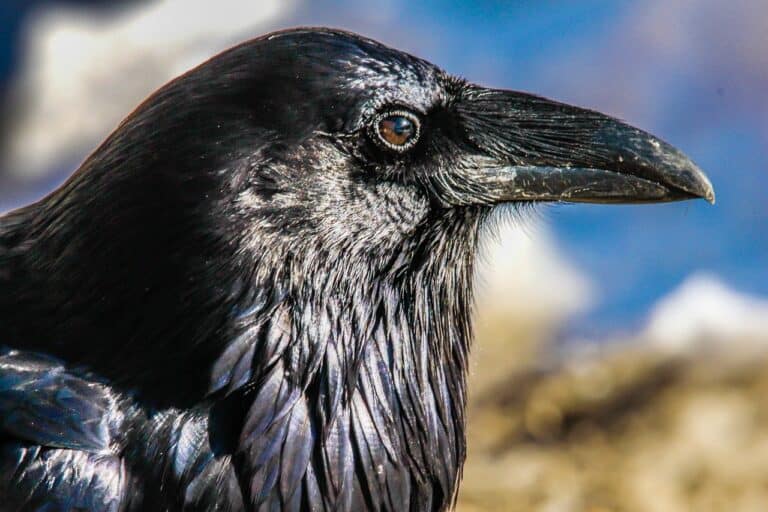 Are you interested in the Raven Spirit Animal? Then this guide is for you! A good number of people don’t know the clear distinction between ravens and crows. Ravens are bulkier and larger. Actually, they are almost as big as their cousins, the hawks. Unlike the crows, ravens have shiny black feathers. Crows’ feathers are… 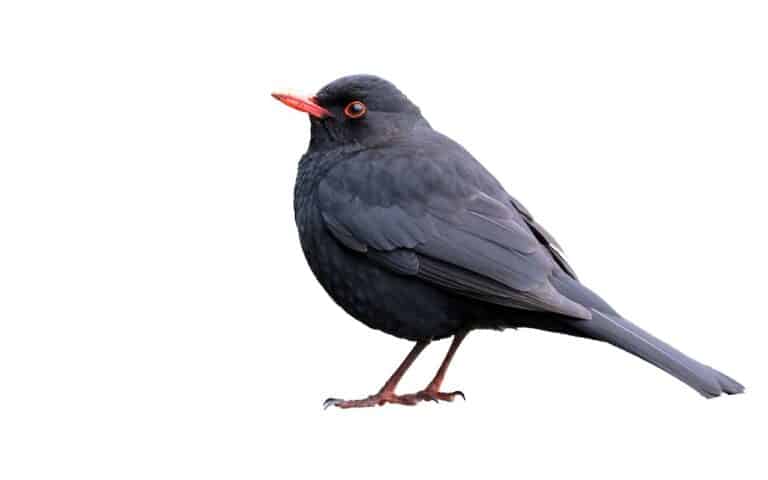 Are you interested in the Blackbird Spirit Animal? Then this guide is for you! Blackbirds are interesting creatures. They have attracted the attention of nature enthusiasts because of their beautiful songs and refined behavior. If the blackbird is your animal totem, you come across as intelligent, smart, and responsible. If you believe that the blackbird… 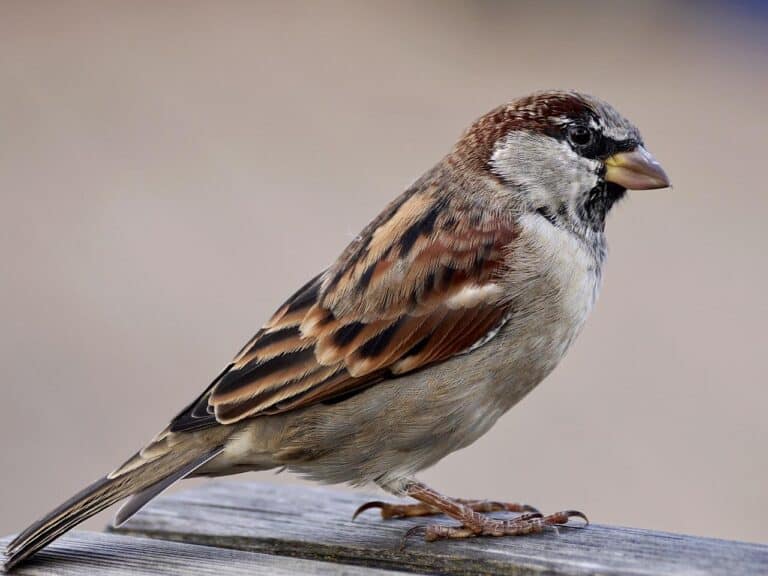 Are you interested in the Sparrow Spirit Animal? Then this guide is for you! Sparrows are synonymous with joy, peace, happiness, hard work, and productivity. These little birds go about their business cheerily, hardly getting in the way of other creatures. People with the sparrow spirit animal are happy to work in teams. They go… 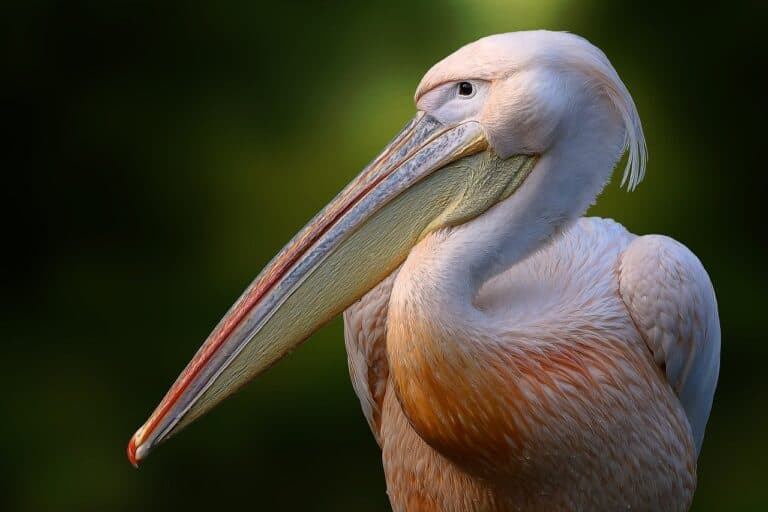 Are you interested in the Pelican Spirit Animal? Then this guide is for you! Pelican is one of the air and water birds with a powerful spiritual message. When this bird crosses your path, pause what you are doing and consider the message it is trying to pass to you. The pelican spirit guide wants…