Are you interested in Crow Spirit Animal? Then this guide is for you!

The crow spirit animal comes into your life to give you useful insights. The crow energy and medicine help you to understand what your life is all about.

Having this spirit guide helps you to see how transformation happens on an alchemical level. Indeed, the spiritual assistance from the crow spirit animal goes beyond the obvious.

Crows are known to be very protective. When this spirit guide comes into your life, you’ll be able to carry out seemingly impossible tasks.

You’ll be able to speak with candor. The crow spirit animal empowers you to defend your territory. This spirit guide motivates you to be tenacious.

Whatever challenges you encounter in life, you’ll always find a way to navigate through them. 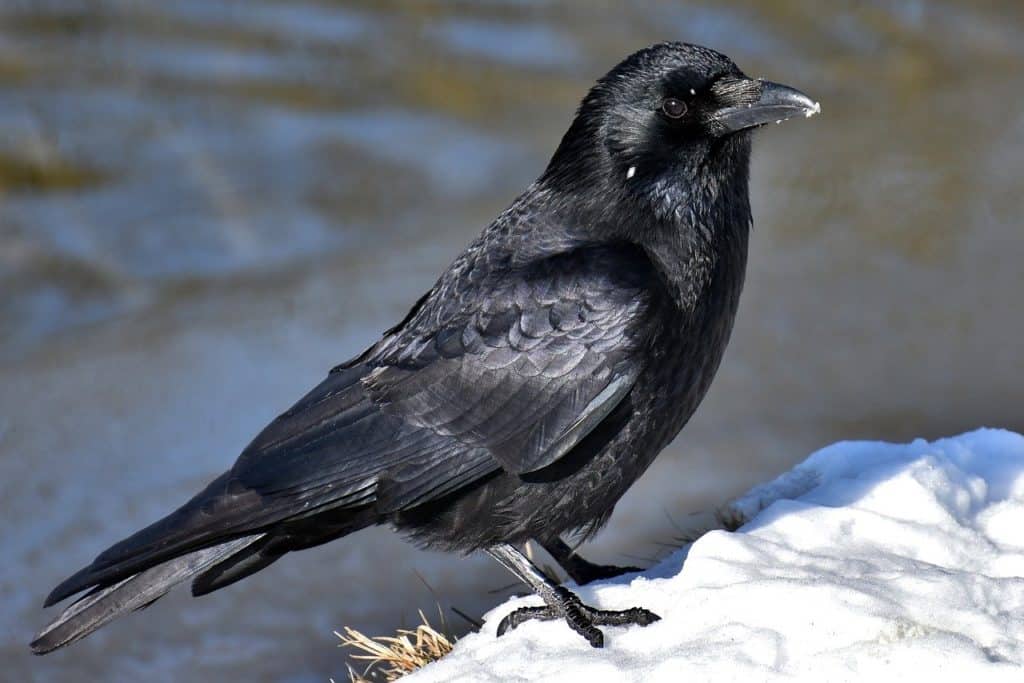 What’s the Difference Between Crows and Ravens?

Crows and ravens look very much alike. They belong to the same class of birds as magpies, nutcrackers, choughs, jays, and jackdaws.

However, they have some remarkable differences. Crows and ravens belong to different species of corvids.

Ravens are bigger than crows. Crows like traveling in groups while ravens travel in pairs.

The energies and medicine of the crow spirit animal guide us to handle the tough problems in our lives.

It’s easy to be overwhelmed by the care of this world. The crow spirit animal helps you to pause and take a step back.

You have likely been moving too fast for your own good. The crow wants you to take a step back and see how you can best deal with the problems in your life.

Crows stick together in large groups, usually described as a murder of crows. There can be as many as hundreds or thousands of crows in a group.

They always seem to be planning or plotting something in these groups. They work together to protect their territories.

These birds work in unison to drive away other birds such as owls and hawks.

When the crow spirit animal comes into your life, it teaches you the importance of teamwork. They teach you how best to collaborate with others to solve life’s challenges.

Symbol of Cleverness and Intelligence

The crow is one of the most intelligent birds. Although it may not be as colorful as the hummingbird or the flamingo, it has a great brain.

By choosing to fly into your life, the crow spirit animal wants you to put your intelligence to good use.

Symbol of Resilience and Flexibility

Crows are a common sight in almost every part of the world. This does not mean that we should take them for granted.

The crow spirit animal is very resilient. It is flexible enough to survive in the human-dominated world. The crow stands for adaptability and the ability to embrace change.

When the crow spirit animal flies into your life, it means that you are strong enough to deal with any challenges.

You can call on this spirit guide when you feel particularly weak. The crow will guide you to take the right measures for growth and progress.

Symbol of Loyalty and Faithfulness

Although they stick together in large groups, crows are monogamous. Each crow chooses a mate for life.

The crow spirit animal comes into your life to teach you the importance of faithfulness and loyalty. This spirit guide chooses you because you value relationships.

You love and respect your family and friends. You are keen to create meaningful partnerships in your social and professional circles. 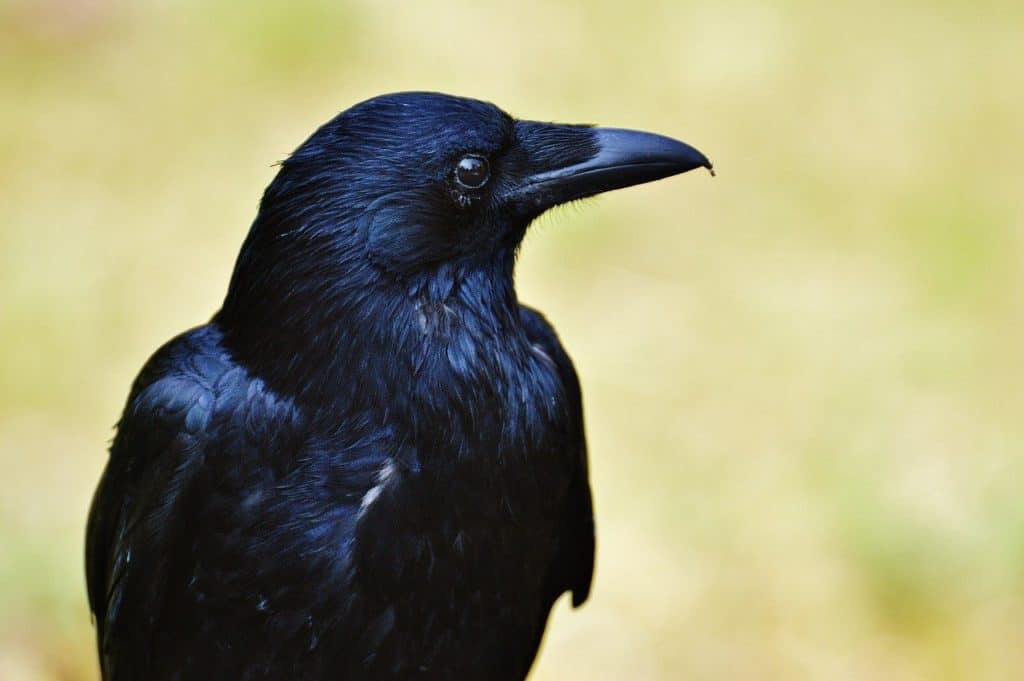 Symbolism of Crow in Christian Culture

In Christianity, the word crow exists in the original language of the Bible. The Hebrew and Greek version of the Bible mentions the crow several times.

In the Old Testament, Noah released the crow from the ark after the flood to see whether the waters had subsided.

The bird flew off to signal that the floodwaters had fallen to safe levels. Only then did Noah release the rest of the animals.

People in ancient Palestine associated the crow with death. This is because of its shiny black color and its feeding habits.

As such, they are regarded as being earthly.

The crow has deep spiritual meaning among the Aborigines of Australia. They believe that the crow has the power to handle fire

Aboriginal myths tell the story of seven sisters who managed to survive through winter when food was scarce.

The crow wanted to know the secret of the seven sisters. After observing them for some time, he discovered that they used sticks to dig for honey ants to eat.

The crow also discovered that the seven sisters used the sticks to cook their food. From that time, the crow learned the secret of the fire.

He taught this secret to other people, and he was able to save them from the ravages of winter. For this reason, human beings showed much respect to the crow for the role it was playing in their lives.

The Native Americans have a lot of respect for the crow. They believe that this bird can clean the body, mind, and land.

Native American myths highlight the intelligence of the crow.

While some parts of the world believe that the crow represents dark powers, the Native Americans consider it as a sign of good luck and fortune.

Indeed, the presence of the crow in one’s path is a very welcome sight. Many Native Americans have the symbol of the crow as their personal totem.

People still consult the crow when they want a healthy dose of wisdom.

Although crows are known to eat carrion, the Native Americans are not afraid of being associated with this bird.

Actually, many clans went ahead to adopt the crow as the symbol of their nationhood. These tribes include:

Native American folklore talks of an animal that is a cross between the crow and the raven. This is understandable considering that the two birds have almost similar features.

Symbolism of Crow in Celtic Culture

Celts believed that the crow stands for prophetic knowledge, wisdom, and independence. The crow spirit animal was believed to offer special skills and abilities.

Celts looked at the crows as a sign of spiritual growth and progress. They believed that crows were sent from the spiritual realm bearing special prophetic messages.

Celtic myths describe the crow as a guide in the practice of clairvoyance. According to legend, crows carried divine secrets in their wings.

Indeed, Celts believed that crow had a direct connection to Lugus, the god of sun and creation. As such, crows were seen to bring life and happiness.

Crows were so revered that it was considered a crime to kill one. The druids made it illegal to refer to this bird in derogatory terms.

It was further believed that disturbing crows’ nests would attract the wrath of the gods.

Symbolism of Crow in Eastern Culture

According to Hindu culture, crows are special messengers from the ancestors. These birds are associated with positive qualities.

Crows are held in high regard because of their powerful memories.

It is also believed that crows carry the soul of the dead. When Hindus are performing the religious ritual of thanksgiving (Shraddha), they feed crows as a sign of honoring their ancestors.

The Chinese take the crow as a symbol of fire and sun. Unlike in other parts of the world, crows did not fare very well in China.

It is believed that the earth initially had 10 suns, which were represented by 10 crows. One day, all the 10 crows decided to scorch the earth, bringing much pain and misery to human beings.

The gods were not very happy with the crows. They sent an experienced archer (Houyi) who killed all the crows except one.

This is the sun as we know it today.

However, it is not all gloom and doom for the crow. One Chinese tale has good things to say about this bird.

The Japanese regard crows as spiritual messengers from the divine realm. They are indicative of long life, change, and rebirth.

What’s the Meaning of Crow Dreams?

To fully decipher your crow dream, you need to take into account your personal circumstances. It’s important that you consider the feelings you felt in the dream.

Some dreams are accompanied by feelings of anger, fear, wonder, apprehension, happiness, or some other emotion.

It’s also important that you record your dream as soon as you wake up so that you don’t miss any details.

This will make it easier for you to deal with the meaning of the dream in your conscious state. Furthermore, you have to consider your personal interactions with crows in your waking life.

Do you find crows disturbing or interesting? What are some of the commonly shared beliefs about crows in your community?

To some, crows stand for wisdom and transformation. Seeing crows in your dream could mean that your life is about to change.

Dreaming of these birds could be a sign that you are in the process of self-change. It could also mean that this spirit animal wants to guide you to have a more fulfilling life.

The crow spirit animal guides you to make the right decisions in life. This spirit guide helps you to open your mind.

Also, the crow power animal will aid you to recognize your self-worth. It teaches you that your life has meaning.

When you come across the crow spirit guide, you’ll receive the spiritual support you need to understand profound truths about your life. 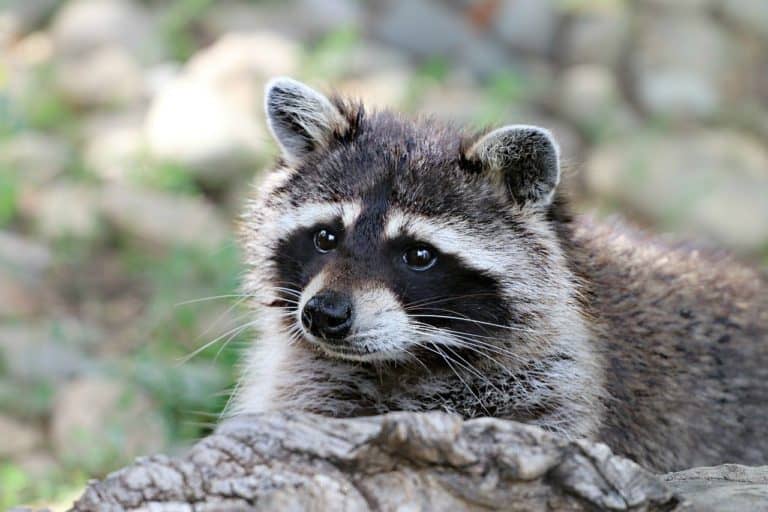 Are you interested in Raccoon Spirit Animal? Then this guide is for you! Raccoons are originally from North America. With time, they migrated to Europe, Asia, and the Middle East. Raccoons have had a not-so-friendly relationship with people, especially in modern times. This is because humans hunt this animal for its fur. Raccoons are also… 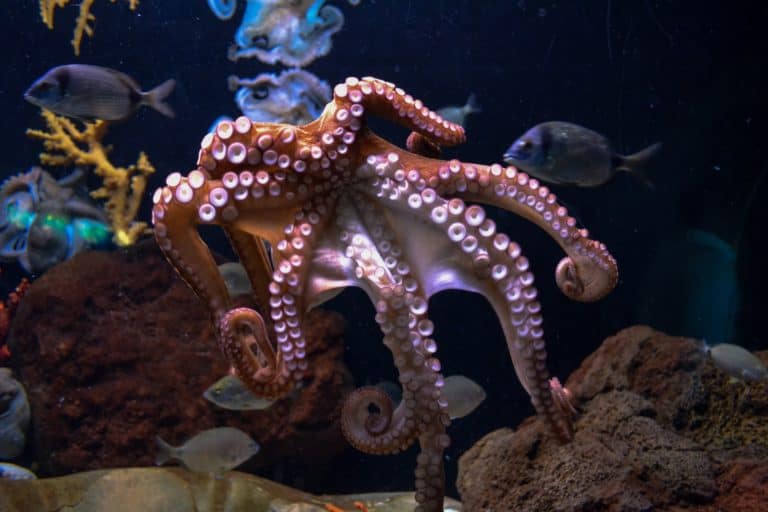 Are you interested in Octopus Spirit Animal? Then this guide is for you! The octopus spirit animal teaches you the importance of being subtle. This spirit guide swims into your life to warn you of the dangers of blowing your own trumpet. You don’t have to shout about your accomplishments from the rooftops. Rather, let… 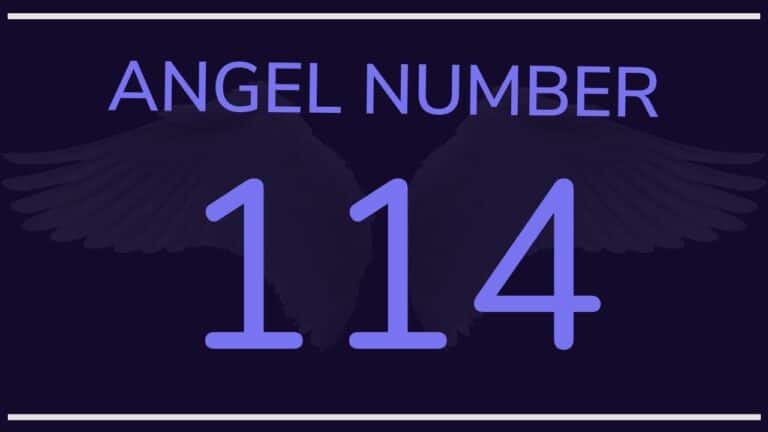 Are you interested in Angel Number 114 Meaning? Then this guide is for you! Has angel number 114 been recurring in your life? This is a special message from the divine realm. Your angels are commending you for maintaining faith in your abilities. They want you to realize that you can achieve a lot with the resources you… 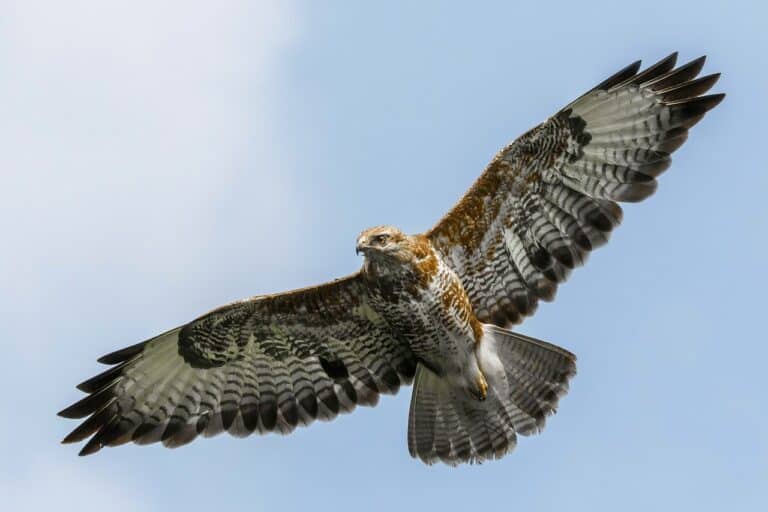 Are you interested in the Falcon Spirit Animal? Then this guide is for you! In many cultures, falcons have been regarded as symbols of courage and determination since time immemorial. Falcon emblems were used to mark and identify battle units in many military incursions. There’s something special about this bird that makes it revered the… 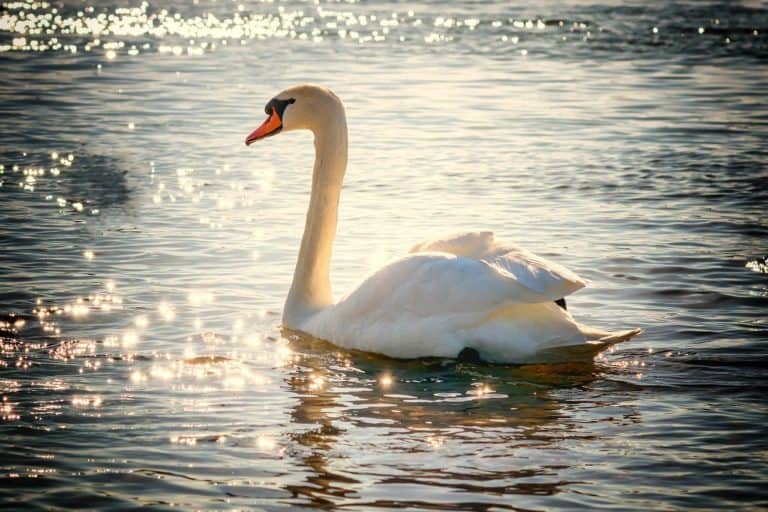 Are you interested in Swan Spirit Animal? Then this guide is for you! The swan spirit animal flies into your life to awaken your intuitive abilities. Likely, you have been operating on an altered state of awareness. The swan spirit animal wants you to develop your thinking, breathing, and life itself. You need to stop…