Are you interested in the Meaning of Druid Symbolism? Then this guide is for you!

The Druids were held in high regard in ancient Celtic cultures since they carried out the more important roles in society.

The Druids were spiritual leaders, keepers of lore, political movers, healers, and teachers. Their history can be traced as far back as the 4th century BCE

In modern times, Neo-Druids look to the ancient Druids for inspiration. The modern-day Druids try to follow in the footsteps of their Iron Age counterparts.

Modern age adherents of Druidism uphold the tenets of peace, harmony, spiritual connectedness, and respect for the environment.

Although there’s little documentary evidence about the iron age Druids, they left many symbols that give us an insight into how they ran their world.

Some world-renowned symbols can be linked to the practices of the ancient Druids.

Here’s a look at some of the most popular Druid symbols:

Meaning and Significance of Druid Symbols

The is one of the most popular of the Celtic symbols. This symbol features a cross and a circle. It creates an intersection of lines that bring to mind the four elements (Earth, Fire, Water, and Air) and the 4 sides of the world.

The Celtic Cross is used in Druid rituals to chase away dark forces. 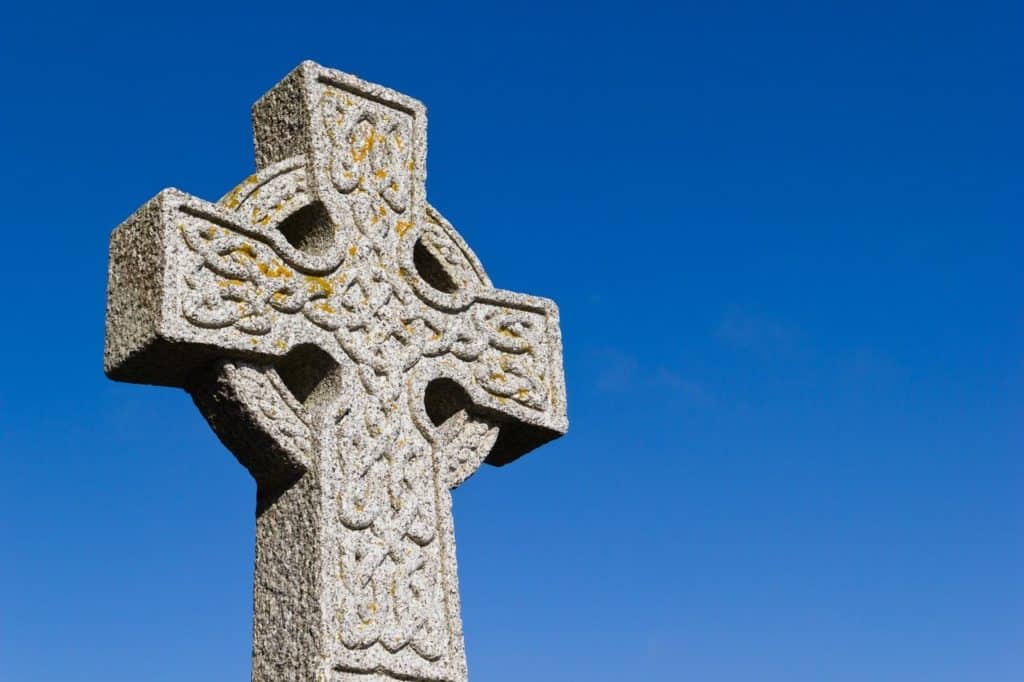 This symbol gets its name from Taranis, the Celtic god of thunder. It features the bearded god Taranis with a flash of lightning holding a wheel in one hand.

The Wheel of Taranis reinforces the Celtic belief in the power of the Divine. In modern times, this symbol is used to highlight one’s spirituality and belief in the supernatural.

The Tree of Life is depicted as hands stretching to the sky, with a network of roots hugging the ground.

This symbol indicates the interconnectedness between the physical world and the spiritual realm. It connects the underworld, life on earth, and heaven.

It shows that the natural world, ancestors, and spirits are all interconnected.

The Tree of Life lays emphasis on the harmonious existence of all things in the Universe.

The Celtic Spiral empowered the ancient Celts to concentrate on their spirituality. This symbol stands for spiritual growth and progress.

It indicates the harmony that exists between the body, mind, and spirit. It was used to represent the path we all have to take from birth to death.

The Celtic Spiral shows that life does not end with death. Like the Universe, life is infinite.

This symbol has grown in popularity in the recent past. It stands for the unity in the 3 elements of Earth, Fire, and Water.

The Triskelion is used to attract the positive energies of wealth and prosperity. It is said to bring good luck and good fortune.

This stems from the Celtic mythology of the Triskele, the god of spring and summer. Every year, this god disappears and re-appears to bring back sunshine and life.

The Shamrock is believed to have mystical powers that enable it to communicate important messages from the divine realm.

For example, it is said that its petals can stand upright to warn of imminent danger – such as an impending storm.

This plant was popularized in Ireland by St. Patrick. It is said that he uprooted the shamrock to demonstrate the concept of the Holy Trinity. 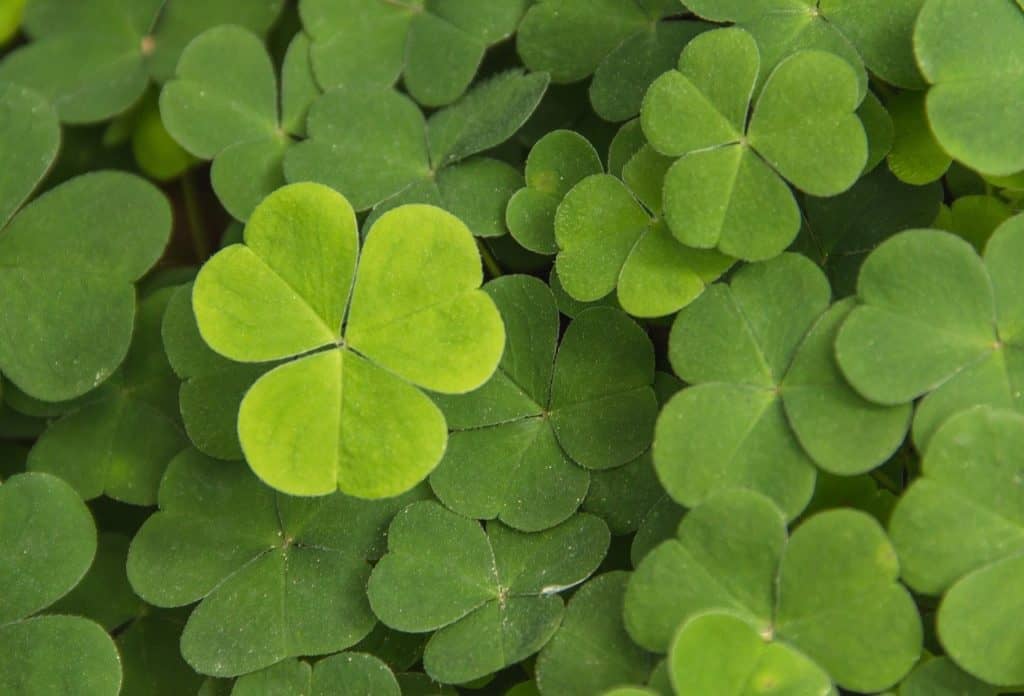 This symbol features 3 points of light that indicate the harmony of the body, spirit, and mind. Some Neo-Druid groups interpret it to mean the connection in the 3 elements of Earth, Water, and Air.

The Awen is used to inspire spiritual awakening among the adherents of Druidism. It encourages one to proclaim, love, and maintain the truth.

This is a triangle that features all the triangular forms. This symbol has evolved to depict the 3 elements with a circle inside or outside.

Ordinarily, the Triquetra is depicted alongside one or more Celtic symbols. Its meaning is therefore contextual and largely depends on what other symbol accompanies it.

Amongst the Neo-Druids, this symbol is taken to represent the triple goddess – Virgin, Mother, and Wise Woman.

This Celtic symbol stands for friendship, love, engagement, and marriage. It stands for matters of love and relationships.

It also represents loyalty and patriotism for one’s family and homeland.

This is a circular symbol that features two vertical lines, intertwining the circle. It is taken to be a symbol of the fertility of Mother Nature.

Its magical elements were employed in secret rituals in the ancient Celtic society.

This symbol is usually placed on entrances to hallways and other doorways. It is believed to offer protection, love, and care from St. Brigid.

In Ireland, the cross is woven on St. Brigid’s Day (February 1) to indicate the celebration of holiness and purity.

It is said that the first cross was woven by St. Brigid’s to her dying father as a sign of undying love.

Acorns and oaks had a special space in Celtic mythology. They were seen to stand for knowledge and wisdom.

The Druids looked at the acorn as a sign of growth and progress. It inspired them to work for good health and material progress.

Many Celtic Knots carry various meanings depending on the context. However, all the knots stand for spiritual growth, love, and divine protection.

They feature a single thread that makes the entire knot without any breach. This indicates the eternity of life.

Here’s a look at some of the more popular ones.:

This knot takes the shape of a rhomboid that represents undying love. In ancient times, the Celtic wives would keep the Sailor’s Knot at home to remember their sailor husbands.

Holding on to this knot assured the wives of their husband’s safe voyage.

This is a simple knot that features a square shape and 4 loops at the corners. It is a sign of true love, faithfulness, and undying allegiance.

This knot has gained popularity in recent days. It features a single thread with interwoven lines that depict the oak tree and its roots.

The Celtic Dara Knot stands for resilience, wisdom, and strength. This is the same message conveyed by the oak tree.

This symbol features intertwined hearts. It stands for love between a mother and her child or children.

It shows the unbreakable bond that is formed at the time of birth and lasts a lifetime.

The Motherhood Knot is also taken to be a sign of devotion and spiritual commitment. Among the Catholic Christians, this knot represents Madonna and Child.

This symbol is masculine in nature, and indicates the strong link between man and the Universe. It is also a sign of wisdom and knowledge. Solomon’s Knot takes its name from King Solomon.

The deer is a symbol of happiness and strength. It sheds its horns at least once a year, symbolizing rebirth and rejuvenation.

The deer indicates that one can always revive themselves spiritually, especially when one feels that things are not working out.

Among the Celts, the hare was considered a sacred symbol of wealth, plenty, and abundance.

The Bird symbolizes freedom and spiritual progress. Birds were taken to be divine massagers from the divine realm.

They made the will of the gods known to humans.

In Celtic culture, snakes played a positive role as healers. They are also the carriers of wisdom and magic.

The boar is a symbol of generosity, strength, and stubbornness. It was a delicacy served in Celtic homes by the Celt women as a sign of hospitality. 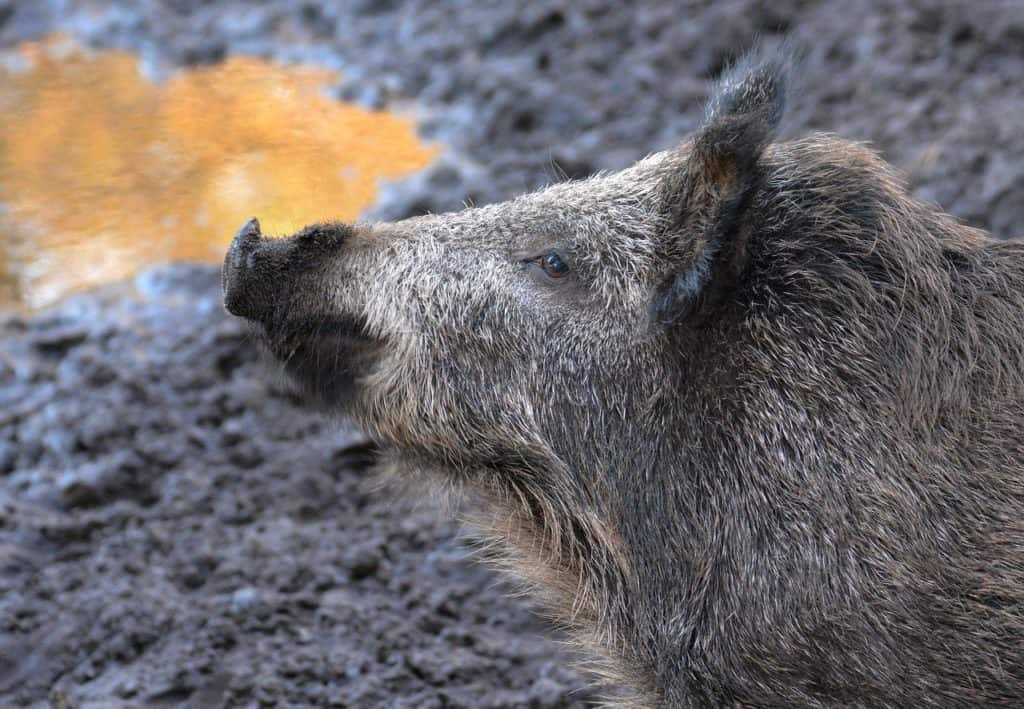 Men wore boar amulets to give them strength in battle.

The bull was seen as a sacred animal that enabled one to have a fulfilling connection with the gods. As such, it was worshiped in every Celtic home.

The bull was also taken to represent male fertility.

This mythical animal stands for raw power, resilience, and courage. It is usually drawn with one continuous line to indicate eternity and the wholeness of life. 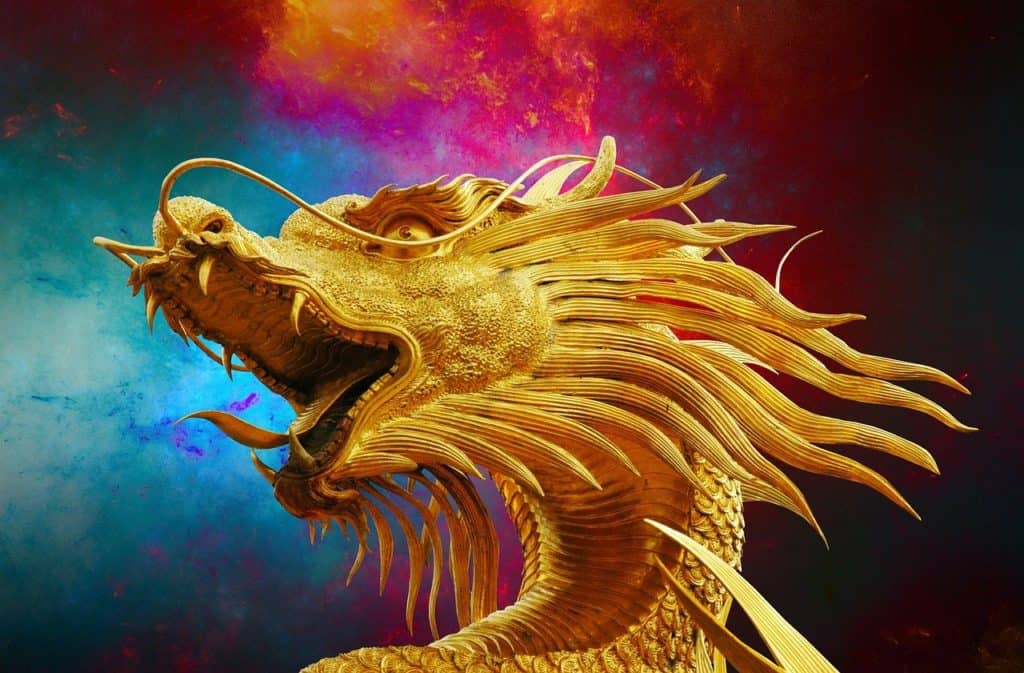 On its tail is a sharp arrow, which represents immortality and unending energy.

This creature has the body of a lion and the head and wings of an eagle. It stands for the stellar qualities represented by these two animals.

The festivals in Celtic calendars have meaning. Nothing happens without conveying a spiritual meaning to the Celts.

Here’s a look at some of the festivals and their symbolic meaning:

This festival was held to mark the end of winter. Symbolically, it indicated that the community had to work together for everyone’s well-being.

This festival honored the god Lughnasadh, the god of agriculture and technical skills. It featured songs, and dances, and games.

This festival was held to welcome the New Sun after long months of winter. It coincides with Christian Christmas, the Scandinavian Yule, and the Roman tradition of Saturnalia.

This festival was held to celebrate life. It symbolically indicates the day the doors of the world were opened, at the start of summer.

This festival was held in memory of dead family members and friends. It was a way of reconnecting with the departed.

This festival marked the start of spring. The Celts prayed to their gods to extend the good weather and to assure them a bountiful harvest.

This was a main festival for the Druids. It indicates when the sun is at its most energetic, just before it starts its journey to death (autumn and winter).

This festival was held to celebrate the last fruits of the soil before winter set in.

The ancient Celtic culture has made inroads into modern society in many ways. Its visibility is enhanced by its many symbols.

These symbols are held in high regard today as they were by the Druids hundreds of years ago.

The term ‘Celtic’ refers to the people who lived in Western Europe and Ireland from around 500 years BCE.

They had a rich culture that has defied time to find footholds in the fields of beauty and fashion in the current world.

The symbols used by the ancient Celts are also highly respected by Neo-Druids. Indeed, many of these symbols have become the national symbols of modern-day Ireland. 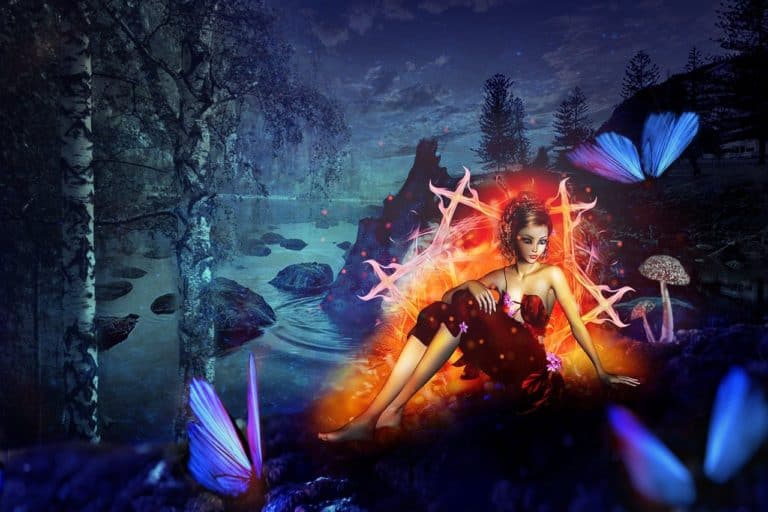 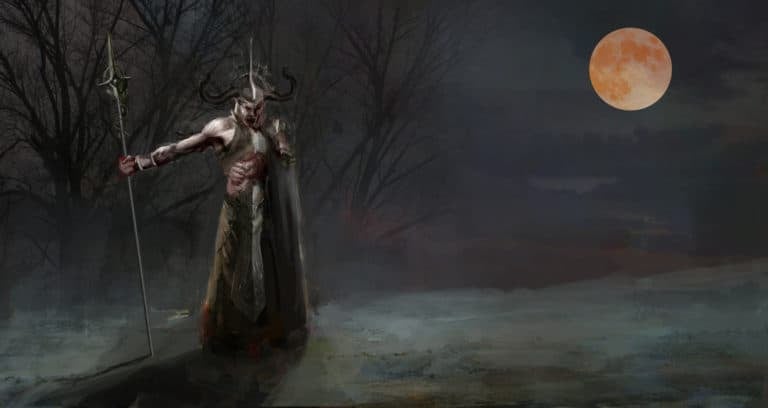 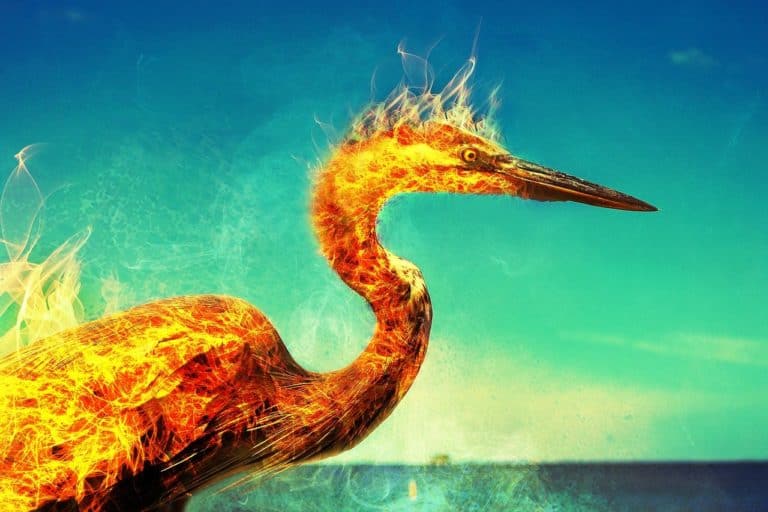 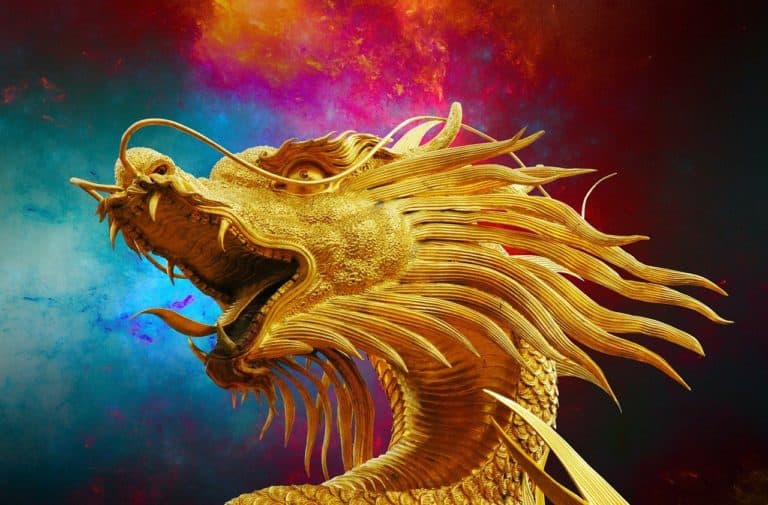 Are you interested in the Meaning of Perseverance Symbolism? Then this guide is for you! Over the centuries, people relied on symbols for fortification to weather the storms of life. These are known as the perseverance symbols. They signify fearlessness, bravery, and endurance to deal with hardships and misfortune. Perseverance is an essential quality of…