Are you interested in the Meaning of Rebirth Symbolism? Then this guide is for you!

We are surrounded by themes of rebirth, reincarnation, renewal, and rejuvenation. The history of agriculture has taught us that plants that die in winter spring back to life in spring.

This is a clear symbol that we get from nature on death and rebirth.

Like plants, we go through the pattern of nature – we are reborn in one way or another when we die.

All around us are signs that reinforce this belief. We can see symbols of renewal everywhere we look, and this enables us to breathe new life into our awareness.

Our consciousness is acutely aware of the symbols that give us hope of life after death.

Here is a look at some of the most important symbols of rebirth and renewal:

Meaning and Significance of Rebirth Symbols

Many cultures regard the lotus flower as a symbol of enlightenment, rejuvenation, regeneration, renewal, and rebirth.

The lotus flower emerges from murky and muddy waters to bloom into one of the most beautiful flowers on earth.

During the day, you can behold the beauty and splendor of this flower. It closes up at night and retreats back into the water, only to reappear fresh and glorious the following day.

This is symbolic of death and reincarnation.

Buddhists as well as the ancient Egyptians believed that the lotus flower demonstrates how the dead enter the underworld to be reborn through the process of reincarnation.

The first crescent of the moon indicates new beginnings, fresh starts, and rebirth. The start of the new moon brings fortune to many people.

They start new jobs, ventures, projects, and jobs during the new moon. This is also a good time to set new goals and targets.

The new moon is considered an auspicious time amongst the Hindus. This is the time they make offerings to receive a blessing for their new ventures.

This cosmic symbol stands for rejuvenation and rebirth. It is closely associated with the Greek god Uranus, who stands for awakening, revolution, innovation, and new beginnings.

According to Greek mythology, Uranus is a creator god. This means that he gives life to many of the things as we know them today.

The ancient Greeks looked up to Uranus for guidance when they wanted to renew their spirituality.

He is a symbol of new strength when one is pressing on towards a new career, financial rejuvenation, and creativity.

The phoenix is highly regarded in many cultures as a symbol of renewal, rejuvenation, and rebirth. According to legend, the phoenix would burst into flames at the end of its life. 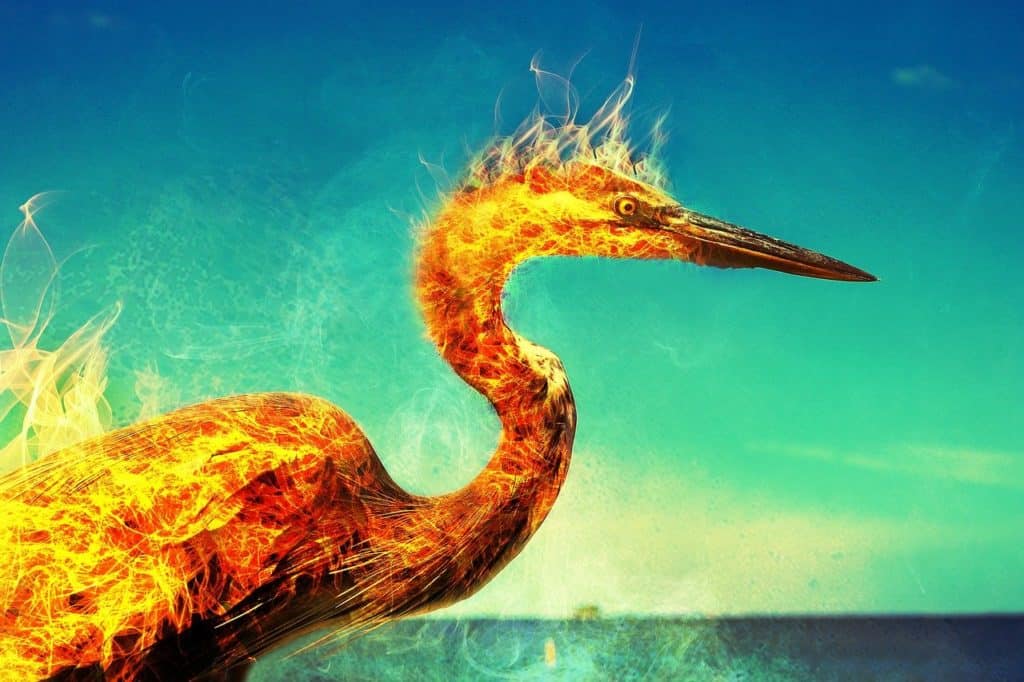 A new phoenix would rise from the ashes to take the place of the old one. This is a clear sign that there’s life after death.

In the Persian culture, the bird Simurgh bears characteristics similar to those of the phoenix. In ancient Rome, this bird was seen as a source of new wealth and prosperity.

For this reason, it was a common feature in Roman coins.

Christians look to the phoenix as a symbol of the death and resurrection of Jesus Christ.

Snakes periodically shed their skins to get rid of the dirt and grime they have accumulated over time. The snake’s unique ability to shed its skin symbolizes renewal and rebirth.

It tells us to be ready to shed our past if we hope to progress and achieve our goals and dreams.

Among the ancient Greeks and Egyptians, the snake was taken to be a symbol of healing. The Greek god Asclepius had the symbol of a snake carved on his staff.

It was believed that this could get rid of diseases and restore the physical body to health.

It is no wonder that the universal sign for medicine and healing in the modern world is a snake on a staff.

The bear hibernates when the climatic conditions do not favor it, especially during winter. It goes into hibernation until such a time the environment becomes more favorable for its survival.

This symbol indicates that we should burrow within ourselves occasionally for self-reflection. We need to re-evaluate ourselves when things are not going right.

This will empower us to arrive at our self-awareness and give us the impetus to start afresh.

The Dharmachakra, or the Dharma Wheel, is a Buddhist symbol that emphasizes the concept of rebirth.

The teaching of Buddha indicates that one must go through many cycles of death and rebirth (samsara) until one overcome their cravings.

The Dharma Wheel indicates the journey of death and rebirth one needs to undertake towards Nirvana (perfect paradise).

It encourages us to work for progressive enlightenment with every rebirth.

This means that one needs to live the best life possible when they are alive. In so doing, they are born in higher status in their next life.

Since time immemorial, water has been used as a symbol of healing, purification, and renewal. It has the ability to get rid of grime and dirt and leave someone or something sparkling clean. 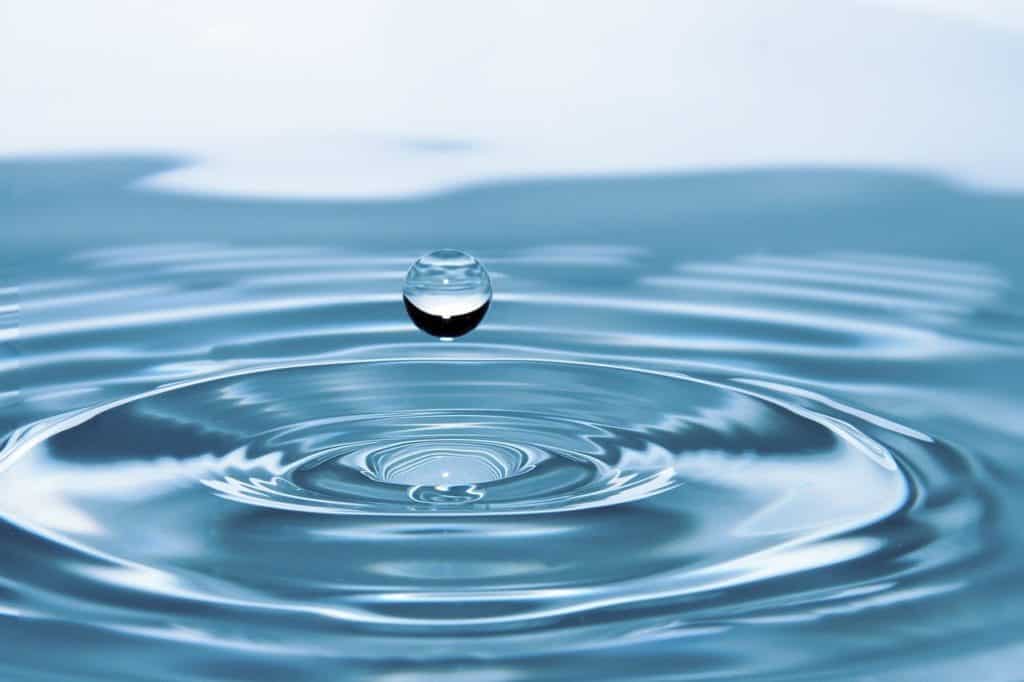 In many cultures across the globe, water is used for emotional and spiritual renewal.

For example, Christians use water in the ritual of baptism to indicate that one has been ‘born again’ in Christ Jesus.

People in many Asian cultures and in the Middle East bathe in holy water to get rid of sins and bodily infirmities.

Most myths of creation indicate water as the source of life.

When one limb of the starfish is torn off, another one grows in its place. It has the ability to regenerate its body parts.

The starfish is highly venerated amongst the Native Americans. They looked at this animal as a symbol of strength, rebirth, and immortality.

They felt so close to the starfish that one of the Native American tribes derived its name from a type of this fish.

The starfish tells us to overcome and discard our dark pasts, thus creating room for new energies into our lives.

The color Green has a close association with the rejuvenation you see in nature. It symbolizes hope, freshness, and new beginnings.

In many cultures, the color green is linked to spring. It signals the start of new life after the long, lifeless months of winter.

In the Far East, this color is associated with the rising sun. This means it has the ability to chase away the darkness and admit light into our lives.

The Hindu culture associates the color green with the heart chakra, which is the essence of life itself.

Since time immemorial, the dung beetle has been seen as a symbol of life and rebirth.

For example, amongst the ancient Egyptians, the dung beetle was associated with Khepri, the god of sunrise.

He stood for immortality, vivacity, and vibrancy that comes with the sunrise each new day.

The Egyptian name for the scarab beetle translates to ‘reborn’ or ‘re-created’ or ‘comes into this world’.

Those who use the scarab beetle in charms and amulets are praying for long life and new beginnings.

This insect is ever-transforming itself until it achieves the final stage of growth. People with butterfly amulets believe that they will soon enter a new phase of their growth.

They pray for positive change in their lives.

This symbol originated from the ancient Greeks and Egyptians. It shows a snake or dragon eating its own tail.

This creature stands for death and rebirth. When this dragon/snake dies by eating its own tail, it is reborn by fertilizing itself.

This symbol was heavily used on tombstones in the 17th and 18th centuries to indicate that the departed would be reborn, one way or another.

This was an affirmation that life does not end with physical death.

The Ouroboros was also used as an alchemical symbol to indicate that you cannot destroy matter. You can only change it from one form to another.

When you destroy something, it is reborn as something else.

Evidence shows that some trees were worshipped as givers of life from as early as 7000 BCE. For example, the pine tree was regarded as sacred in Acadians, Turkey from around 3000 BCE.

It was taken to be a symbol of life and rebirth.

Many cultures from across the world regard some trees to be the symbol of spring. They marked the end of winter and the coming of new life and new beginnings.

This happens when the old feathers no longer serve their purpose effectively. It is a symbol that we need to let go of the old ideas and outdated thinking patterns to welcome the new.

Christians take the Easter egg to indicate fertility, rebirth, and new life. In the Christian religion, Easter marks the death of Jesus Christ on the cross and his resurrection from the tomb.

Christians paint the Easter egg red to symbolize the blood that Jesus shed during his crucifixion on the cross.

The outer shell of the egg indicates the sealed tomb in which Jesus was buried.

By cracking the egg open, Christians illustrate the resurrection of Jesus Christ from death.

Rebirth is a concept that many people hold dear. They want to believe that life does not end at the point of death.

For many, it would be traumatizing to imagine that there’s nothing for them on the other side.

The concept of rebirth and reincarnation has been integrated into many mythologies and beliefs of world religions.

Every major religion – Christianity, Islam, Hinduism, Buddhism, Sikhism, Bahaism, etc. – has embraced the idea of rebirth or reincarnation in one way or another.

Pagans and sectional religions have not been left behind. They look to some elements in nature to indicate their belief in life after death.

Symbols depicting rebirth have grown in significance and popularity in the world of fashion and beauty.

These symbols are worn as amulets to reinforce the wearer’s beliefs and values. 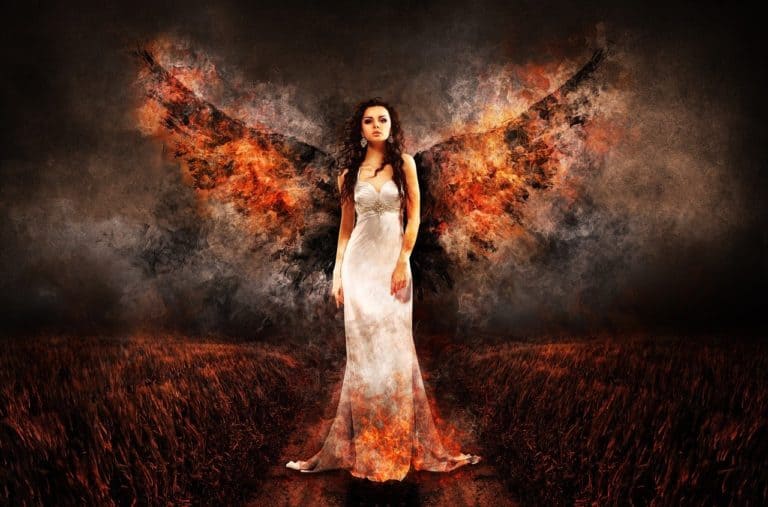 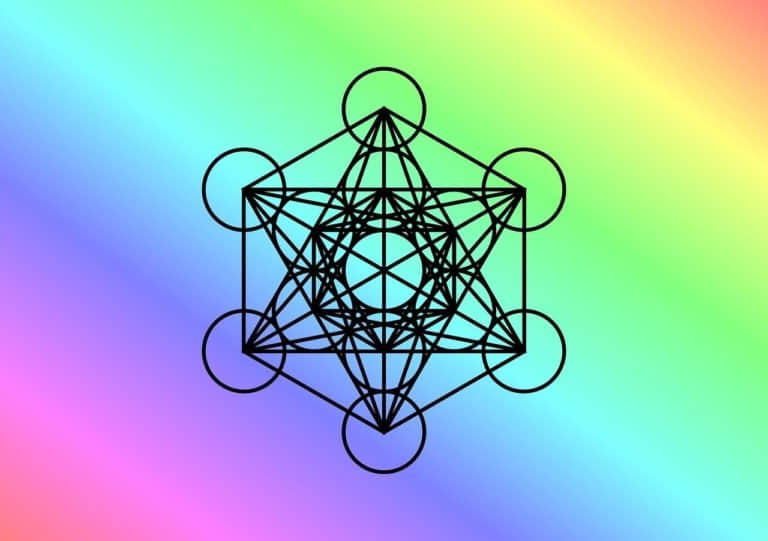 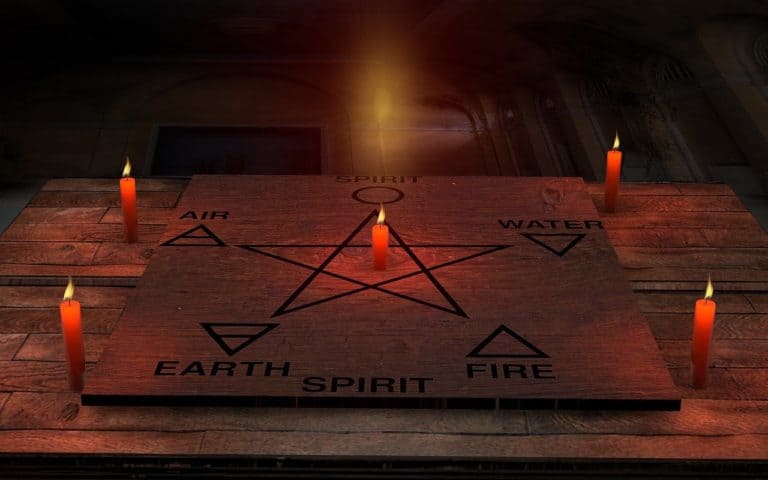 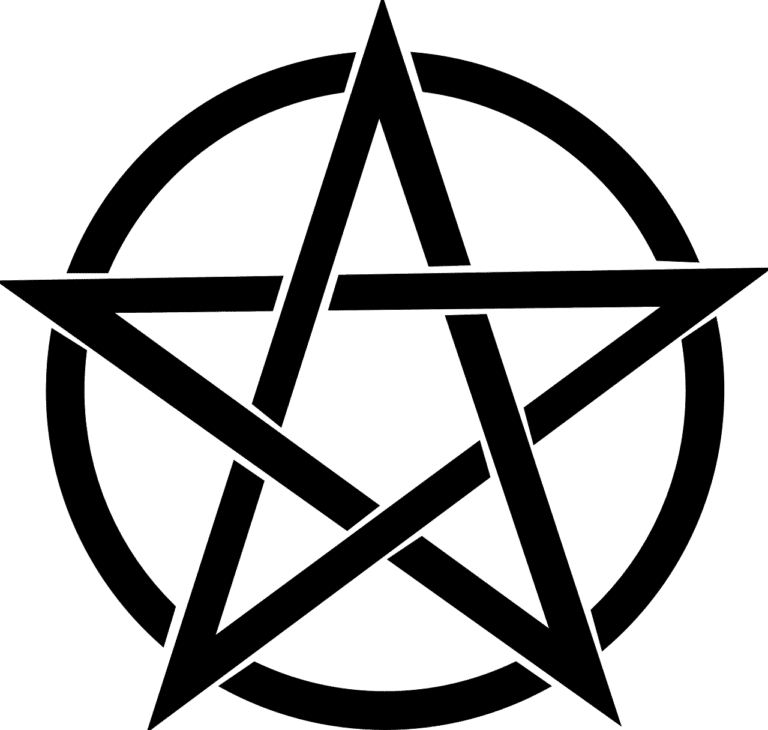 Are you interested in the meaning of Pentacle vs. Pentagram Symbolism? Then you have come to the right place! A good number of people use the pentacles and the pentagram interchangeably. But, the truth is that the two are not one and the same. A Pentacle is an object that has magical qualities. Pentacles contain… 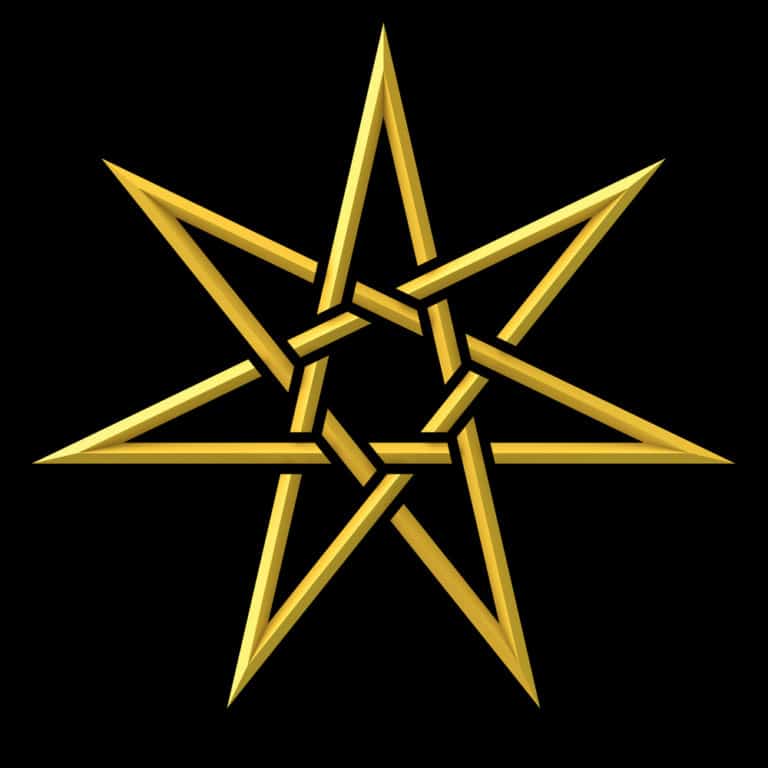 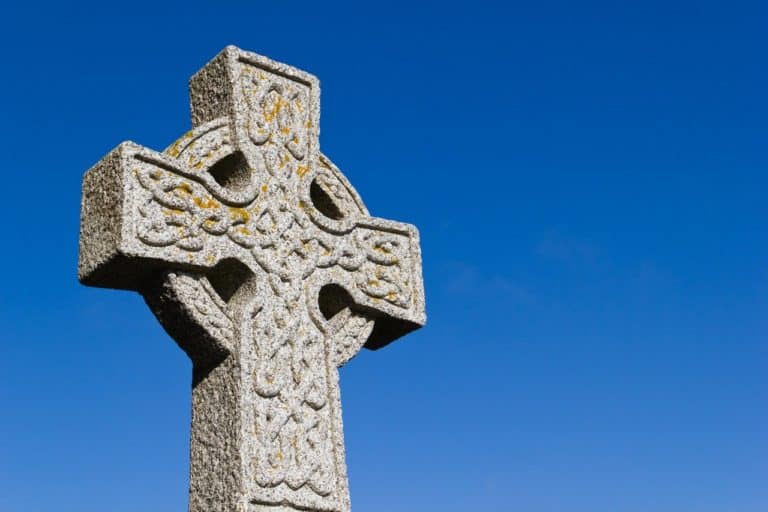