Are you interested in the meaning of the Web of Wyrd Symbol? Then this guide is for you!

Although the Web of the Wyrd symbol is not one of the better known Norse symbols, it has been highlighted in several poems and epics (sagas).

This symbol is closely associated with the 3 most important Nornir or Norns of Viking history.

The Web of the Wyrd indicates the fate and destiny of humans in relation to their gods and the cosmos.

The way this symbol is intertwined shows the interconnectedness between humans and the divine. The matrix within it brings an aspect of time and destiny.

It holds a powerful metaphor of the fate of man in relation to what they are doing in their current life. 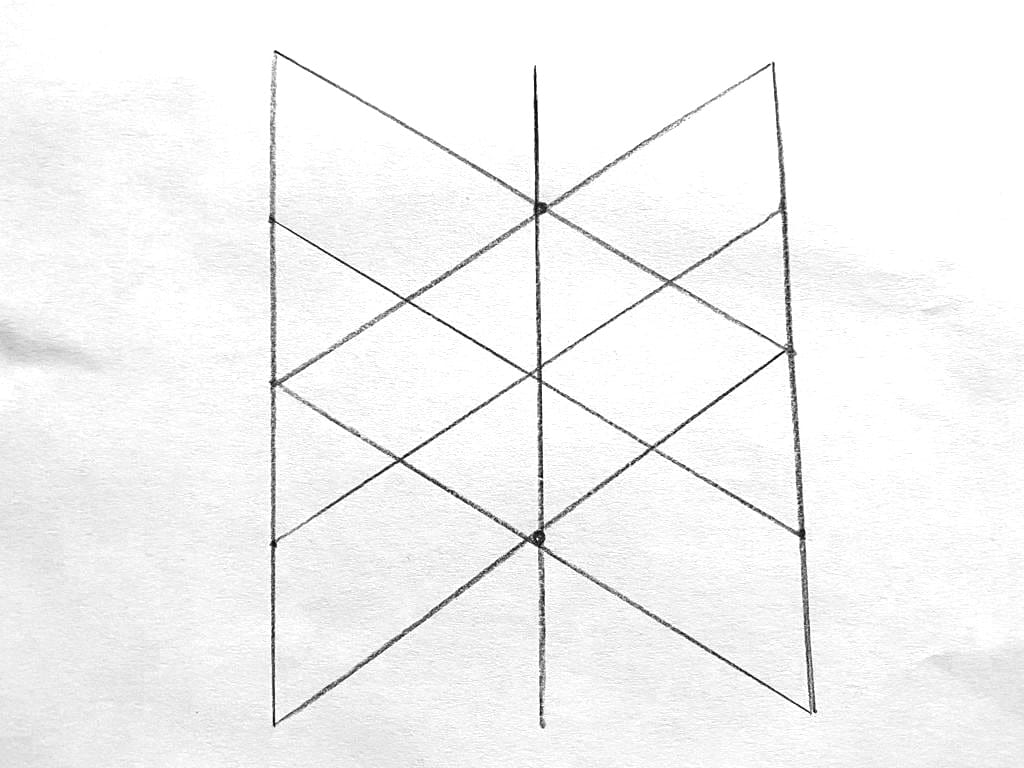 What’s the Symbolic Meaning of Web of Wyrd?

In some quarters, the Web of Wyrd is known as the Matrix of Fates or the Skuld’s Net. This symbol plays an important role to show the interconnectedness of everything in the Universe.

It creates a powerful link between the past, present, and future.

It gives one the challenge to make the right decisions concerning their life. A closer look at the Web of Wyrd tells you that you are in charge of your destiny.

It is a subtle reminder that choices have consequences.

The Matrix of Fates is structured in the form of 9 strips that are intertwined to form a grid that bears the shapes of all the 24 known runes.

This structure has a deeper symbolic meaning:

Symbol of Destiny and Fate

The threads in the Web of Wyrd are woven in a way to show that all things in the Universe are interconnected.

The Web of Wyrd has 9 lines that stand for completion, accomplishment, and success.

Symbol of Network of Time

The Web of Wyrd has all the 24 known runes. This is a clear symbol of the interconnectedness of the past, present, and future.

The Origins of the Web of Wyrd Symbol

Many myths surround the origins, meaning, and symbolism of the Web of Wyrd. The one that bears the most weight indicates that the Web was woven by the Norns.

The Web of Wyrd is sometimes called the Skuld’s Net to refer to the Norn who wove it. According to Norse mythology, Norns are females who are given custody of our fates and destinies.

The Web indicates that the Norns want us to choose our fate. The decisions we make today will lead to our destiny.

The idea of Norns weaving the web is further supported in a number of fables, sagas, and poems.

Here’s a look at 3 such poems:

This poem shows the Norns have coming to spin the Web of Wyrd for a mythical Norse hero, Helgi Hundingsbana.

Helgi is born on the night of the Norn’s visit, and they make him the Web as a guarantee of good health and the greatness that awaits him.

This poem depicts the valkyries spinning their looms to determine the fate of Viking warriors. In this poem, a man, Dorrudr, observes these Norns spin the Web to determine the destiny of those doing battle in ancient Ireland.

This poem first appeared in the 13th century. It tells the story of Volunder and how he escaped after being imprisoned by king Nidudr.

Volunder eventually got the chance to revenge against the king for his imprisonment.

This poem depicts 3 maidens (Norns) the seashore spinning yarn. They are believed to be spinning the Web of Wyrd.

The Significance of Number 9 in the Web of Wyrd Symbol

Alongside number 3, number 9 symbolizes life. The number 9 depicted in the Web of Wyrd indicates the Tree of Life.

The number 9 is so significant that it features in Odin’s ring, the Darupnir. This number stands for completeness, accomplishment, and success.

Numbers 3 and 9 play an important role to support the 24 runes shown in the Web of Wyrd. This connection clearly shows that the past, present, and future are powerfully connected.

This further advances the idea that everything in the Universe is interconnected.

Our fates and destinies are inextricably woven with time, the cosmos, and everything else in the Universe.

What are the Uses of Web of Wyrd Symbol?

The Web of Wyrd played an important role in Nordic cosmology.

Nordic mythology has it that the Norns wove the fate of humans into the Web, and linked it to all the things and events in the Cosmos.

Norse mythology indicates that right at the center of the Universe is the Yggdrasil, the Tree of Life. This tree linked all the 9 Worlds of the Nordic Universe.

As such, everything in the past, present, and future are interconnected. The Web shows that one’s beliefs have a place in the Universe.

The Web of Wyrd provides a rich source of the culture of the Norse people. It paints a picture of how the Norse culture related to cosmic forces.

The Web could also show a clear picture of how Vikings used runes to explain someone’s fate and destiny.

Norse mythology has it that runes were closely linked to Odin, the god of war, runes, and death. He was the first to discover them next to the Yggdrasil, the Tree of Life.

Since the Yggdrasil is at the center of the Universe, it means that the runes affect everything they refer to.

This gives the Web of Wyrd much more credence since it portrays all the 24 known runes. The Web can thus be said to be a symbol of fate, destiny, birth, death, cycles of creation, and harmony.

It created the relationship between time and the events witnessed in the Universe.

The Web of Wyrd Symbol in Modern Times

In modern times, the Web of Wyrd has many applications. For example, the runes in the Web are used for Runic Divination.

Modern witchcraft benefits a lot from the symbolism of the Web of Wyrd. For example, runes have major use in tarot cards.

Rune stones can be used in divination. They are spread or arranged into a template to give a reading.

An expert diviner can use them to advise someone on their health, family, relationships, career, and future prospects.

A popular way of making divination using runic stones is to spread them out on a white cloth. The diviner then tells a client how their future will change based on the arrangement of the stones.

The Web of Wyrd has grown to become an important fashion item the world over. It is used as a totem in tattoos, clothing, amulet, and jewelry.

The use of the Web in this way reminds one to take charge of one’s future. The Web is a subtle reminder that your fate is in your hands.

It assures you that you can change your future by taking positive action about your life.

Also, Web of Wyrd reminds you that you don’t exist in isolation. You are part of the matrix that makes the human race.

What role can you play to elevate the human race and make your world better?

Are you interested in Bridge Symbolism? Then this guide is for you! Bridges are symbols of our desire to cross to the other side – whether physical, emotional, or spiritual. We need a bridge to move from our current status to a more elevated status. You need a bridge to cover the gap between whom…

Are you interested in Tulips Colors Meanings? Then this guide is for you! The tulip is one of the most charming flowers on our planet. This flower symbolizes the strength and health of our relationships. Its asymmetrical nature indicates that relationships are not perfect. This does not mean, however, that you should not enjoy a…

Are you interested in Finding Feathers on the Ground Symbolism? Then this guide is for you! Feathers convey different meanings that largely hinge on a person’s spiritual beliefs and cultural inclinations. In many cultures across the globe, feathers are closely linked to independence, freedom, transcendence, and communication with the divine realm. Finding a feather has…

Are you interested in Waking-Up at 3 AM Biblical Symbolism? Then this guide is for you! The Bible is replete with instances when God got in touch with individuals during the night. For example, the Book of Genesis records that Jacob had a dream in which he saw a ladder going to heaven. On this… 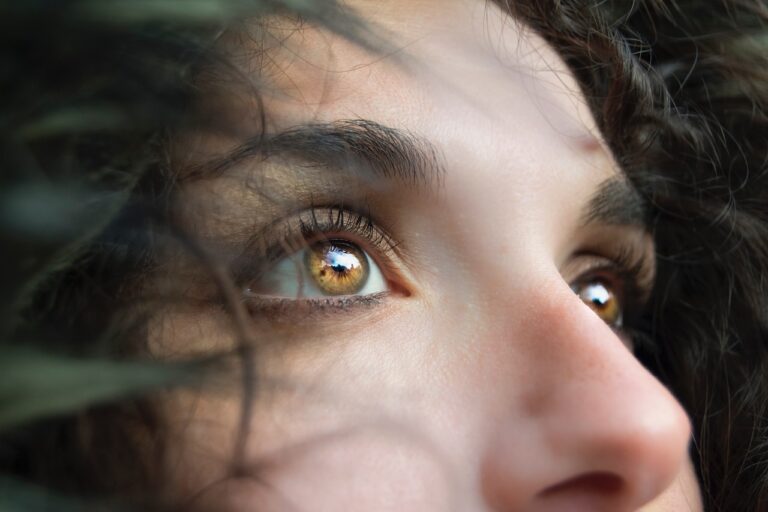 Are you interested in the Itching Nose Symbolism? Then this guide is for you! The nose: that part of the body that enables us to breathe. Without it, the rest of the body would be unable to support itself. When this organ ails, our primal survival instincts kick in because we feel absolutely threatened. It…

Are you interested in Door Symbolism? Then this guide is for you! Doors carry different meanings depending on how they are presented. For example, a closed door may mean something different from an open one. Doors can be used to symbolize a welcome or exclusion. At times, doors stand for new beginnings, especially when they…